Elisa Lorello has been a writer and a teacher for all of her life. Elisa is the youngest of seven children, is newly married, and she currently lives in Maine with her husband and children (the furry four-legged kind). She earned her bachelor’s and master’s degrees at the University of Massachusetts, Dartmouth and taught rhetoric and writing at the college level for more than ten years. In 2012 she became a full-time novelist. To date, she has written eight novels including the bestseller “Faking It.” She also teaches the craft of storytelling, writing process, and rhetoric, and she approaches each subject with enthusiasm and humor.

She has featured as a guest speaker at the Triangle Association of Freelancers 2012 and 2014 Write Now! conferences, and in May 2016 she presented a lesson for the Women’s Fiction Writers Association spring workshop. She continues to speak and write about her publishing experience and to teach the craft of writing and revision. Elisa’s bio says that she enjoys reading, walking, hanging out in coffee shops, Nutella, and all things Duran Duran. She also says that she plays guitar badly and occasionally bakes.

I caught up with her recently to ask her about how Duran Duran has influenced her life and her work, and to ask her as she steps out into her own future, what does she think it holds for Elisa?


M: How are you feeling today?

E: The sun is out and there's a nice breeze coming through the window, so no complaints today!

M: Where are you based?

E: I currently live in midcoast Maine, which is north and east of Portland. We're surrounded by coastal water and tranquil trees. Gets no better.

M: So what do you do to relax?

E: Depends. Sometimes taking a drive relaxes me. Sometimes it's sitting in a comfy chair and reading. Sometimes it's just ten minutes of meditation. Or going to a coffeeshop with a friend, or browsing in a library.

M: Can you remember the first time that you ever heard a Duran Duran song?

E: Funny, that's a faint memory for me. I vaguely remember hearing "Hungry Like the Wolf" on the radio, with the "moaning" at the end, and mistaking the band for The Human League. I also have faint memories of hearing "Rio" on the radio. I didn't have MTV, so it was really my best friend who officially introduced me to the band and the music. Then I got the first three albums for Christmas and my birthday a month later. That was 1983 and '84.

M: What are your passions in life other than writing and music?

E: Spending time with my husband and/or my siblings; reading; chocolate, my tuxedo cat, and being at the beach, especially the ocean. To name a few. 😉

M: Which band member would you most like to be trapped in an elevator with and why?

E: John Taylor, of course! Need I explain? Although I suspect Nick Rhodes would be a great conversationalist.

M: If you could have anyone living or dead perform on stage with Duran Duran, who would it be and which song?

E: That's an interesting question. I grew up listening to the Beatles, so having George Harrison back would be wonderful, especially on stage with the band. John Lennon too, of course. I also love the jazz greats like Nat King Cole and Ella Fitzgerald. Can you imagine Ella Fitzgerald performing a song or two with the band?

M: What is the most personally valuable lyric to you out of all of Duran Duran’s songs?

E: "And as I try to make my way to the ordinary world, I will learn to survive" had gotten me through some really tough times. That entire song has, really.

M:If you could place yourself into any Duran Duran video, which one would it be?

E: Who wouldn't want to be in "Rio"? Although I'd get pretty sick on that yacht. I'll just stay on the beach, thank you. I also love the "Pressure Off" video. Wouldn't mind being in that one, either. I can play tambourine.

M: What are you currently working on?

E: I'm actually on a writing sabbatical this year. The last few years brought a lot of change--I got married for the first time, moved to Montana, moved to Maine a couple of years later--and the publishing industry is always changing, but it's taken some hits. I felt like I needed to recharge my creative batteries, so I'm working at a small, community-owned movie theater in town, and I'm really enjoying that and having fun. I also had some health challenges this year, so it was important to take care of those. I'm sure if/when inspiration strikes again, it'll feel like I never left.

M: So tell me what does the future hold for Elisa Lorello?

E: I have no specifics and no crystal ball, but I know for sure it's all good things. 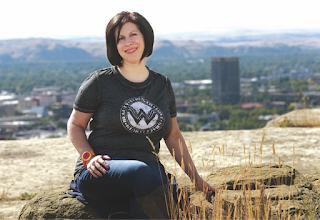 Duran Duran Worldwide is a fan created effort and has no direct affiliation with Duran Duran.  Please follow us on Facebook!  Article edited by Josie Beaudoin.

Popular posts from this blog 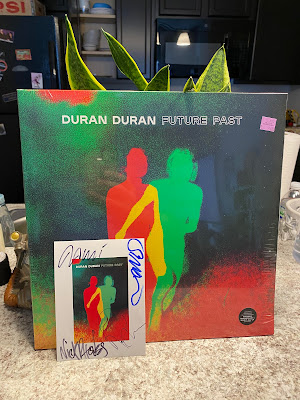 To encourage fans to vote in the Rock Hall Fan Vote (vote.rockhall.com) in the month of April, this contest will enter you to win the following prize: A new and sealed Red Vinyl Copy of Future Past Future Past Post Card SIGNED by members of the band To enter: After you vote in the Rock Hall Fan Vote, take a screen shot of the screen that looks like the one below and email to ddworldwide.info@gmail.com.  You will be entered for a drawing to WIN! Contest will end when the Fan Vote ends.  And Winners will be announced shortly thereafter.  Email addresses will be saved for entries to get back to you for mailing information.  Contest is for anyone anywhere, as long as your country is not on a restricted country government list.  All information you provide is treated confidential and will not be shared with 3rd parties.  This contest put on by Duran Duran Worldwide, a fan effort not directly affiliated with the band Duran Duran. Please note that we will try to reach you if you win, however
Read more 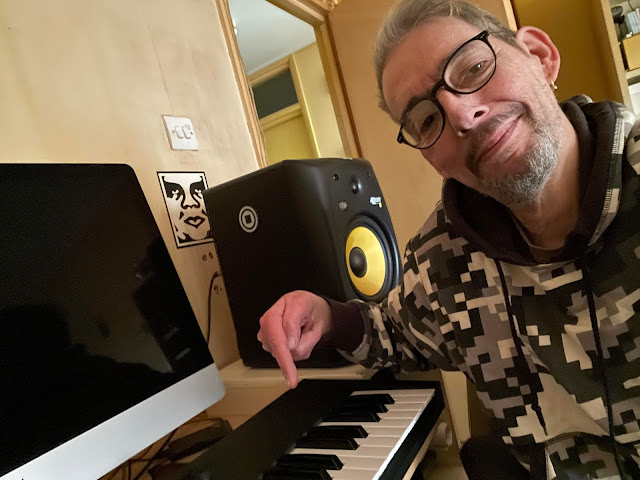 Interview with Ian Little Ian interviewed by Kirk Harrington and Tracey Elena, Duran Duran Worldwide Interview edited by Kirk Harrington From Ian's website, re: his new book Baptism by Fire " For the majority of you, the time I spent working and living with Duran Duran is of most interest. I reveal what they were like both as individuals and collectively as a band. I spent time alone with Simon in Sri Lanka first of all and then during the creation of Is There Something I Should Know? I became close to the other four members as well. In the book I don’t just recount stories of moving from one enclave to another, but also share my understanding of each of these remarkable five people. I became familiar with their personal qualities and interests, and at various times became really close to each of them as individuals.  As music lovers you will also find plenty of insights into the various ways bands and musicians go about writing songs and recording them. As a Producer I’ve bee
Read more

My Biggest Lesson from DDTTRH

May 03, 2022
On the eve of the Rock Hall induction ceremony, I wanted to share what, for me, is the biggest lesson I learned with DDTTRH and the effort I created, made press with, had a decent outreach with, and many amazing fans supported since it started. The lesson for me is this...Duran Duran never wanted this or sought after it.  That became evident when I, with my nieve and excited self, called in a question to iHeart radio on 1/25/2010.  Here is the transcript from that: " "Simon: It's a long one, that can be your bit. Roger: Kirk this is from...I know the Rock and Roll Hall of Fame is political and one would question their choice of artists in many cases. However, there are amazing bands that have been inducted like U2, Michael Jackson, Michael Jackson...that's not a band...' Simon: Hmmm... Roger: Madonna and REM, Tom Petty and the Heartbreakers for example. I'm reading this very badly (Roger laughs). Simon: No, I like it, its quite Shakespearean actually. Roger:
Read more

Georgie Davis
We are a fan based effort dedicated to showing how Duran Duran has influenced music history, popular media, and culture.